27 of the Best Yacon Recipes You Have Got to Try! Skip to content
We are reader supported. External links may earn us a commission. 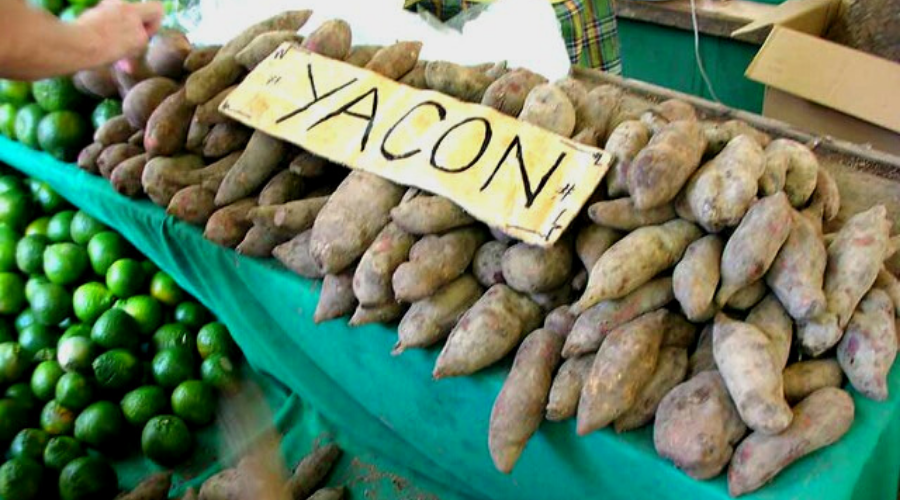 The deliciously sweet taste, satisfyingly crispy texture, and wonderful health benefits of yacon make it an incredible addition to so many dishes.

Whether you’ve loved yacon for years, have always wanted to try it, or are only just hearing about it, these delicious yacon recipes will be right up your alley. Included are yacon chicken recipes, yacon chip recipes, yacon syrup recipes, yacon dessert recipes, and more!

One of the best things about yacon is that it’s a nutritious sugar substitute, providing a flowery, apple-like taste that will satisfy your sweet tooth.

Below are some of the best yacon syrup recipes that you can use to add some sweetness to other dishes.

This completely delicious homemade yacon syrup recipe is a healthy alternative to refined sweeteners. Not only is it healthier than sugar, it’s also just plain healthy. Packed with vitamins, minerals, and fiber, this syrup will help you maintain a healthy immune system.

Making yacon syrup even more decadent, this yacon syrup chocolate sauce tastes heavenly on ice cream, fruit, other desserts, or you can even eat it on its own. Pairing yacon syrup with coconut oil, cacao powder, and sea salt, this syrup is a truly delightful creation.

While not exactly a syrup, this yacon apple sauce follows the same idea and can be incorporated into fruit salads, desserts, or whatever other food needs a touch of sweetness. With just yacon, raisins, cinnamon, honey, and lemon, this sweet, citrusy, cinnamony creation is going to be your new favorite treat.

This super simple yacon chips recipe will blow you away. Prepare to discover your new favorite side dish, snack, or if you can’t stop yourself, meal. The sweetness of the chips paired with a dash of spiciness is absolutely divine. With only yacon, paprika, cumin, sea salt, and olive oil, this recipe doesn’t require a lot of ingredients, or time for that matter.

Why limit yourself to just yacon when you can eat all of your favorite root veggies in this vegetable chips recipe. Make parsnip, parsley root, yacon, carrot, and potato chips! The recipe gives you the options to oven roast the chips, which is the obvious healthier route, or if you have a fryer, fry them.

No fryer? No problem! This video recipe for pan-fried yacon shows you how to perfectly fry yacon on your stovetop. These chips are cut thick and can be eaten as chips, or used as a topping on a salad or sandwich. Season them with Tony’s or paprika to pair sweet and spicy flavors!

With a subtle sweetness, but a potato-like consistency, it’s understandable that yacon tastes superb in soups. It brings its unique taste and satisfying texture to these fantastic yacon soup recipes.

This super simple Chinese yacon with red dates soup has only 4 ingredients, pork ribs, yacon, water, and red dates. The flavors of the sweet yacon and dates meld perfectly together, infusing the savory pork ribs which will melt in your mouth.

The pork ribs are the star of the show in this unbelievably good yacon pork rib soup. The sweet yacon, delicious dates, and perfectly cooked scallops make a perfect background act though, contributing flavors that enhance the taste of the sweet and savory pork. This soup is the perfect winter meal, it will warm your stomach and please your tastebuds.

Whether it’s in cereal or muffin, who doesn’t love a little sweetness to start out the day? These decadent and delicious yacon breakfast recipes will make you want to wake up in the morning.

Start your day off right with this protein banana nut bread recipe. Not only is this bread a sweet breakfast treat, it’s also good for you and gluten-free. Packed with protein and delicious flavors, like a dash of cinnamon, a splash of fruitiness, and lots of sweetness, you’ll love this breakfast bread!

Cookies for breakfast? Why not! This delicious yacon breakfast cookies recipe will become one of your new morning meal favorites. Half cookie, half biscuit, these breakfast cookies have a sweet pumpkiny taste that is perfect for early mornings in the fall. Top them off with a drizzle of vanilla frosting for true decadence.

This super sweet root is the perfect sugar substitute in classic desserts like cakes, cookies, and other pastries. Not only is it a great sugar replacement, I would even say it’s better than sugar, with a high nutritional content and a pleasant apple-like taste.

These delicious Easter biscuits are not only vegan, not only healthy, not only packed with nutrients but also are so so delicious! How do they manage it all? You’ll love these festive purple biscuits’ slightly sweet taste and incredible flaky texture.

What’s not to love about this super scrumptious yacon tea cake? It’s fairly simple to make, and uniquely delicious, balancing sweet, herbal, and buttery flavors. This cake is perfect for tea parties, after-dinner dessert, or snacking on during the day.

You’ll become addicted to these particularly delicious blueberry oatmeal cookies. Their soft, chewy texture is absolutely exquisite. The tartness of the blueberries paired with the subtle sweetness of the yacon and bitter-sweet chocolate chips will have you continually coming back for more until your cookie jar is empty. 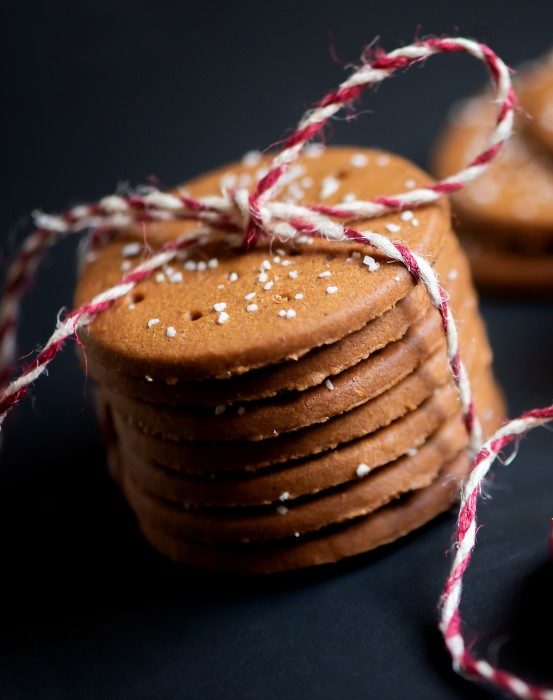 If you are looking for a simple and healthy yacon dessert, you’ve arrived at the right recipe. These milled linseed and yacon shortbread stars will be the star of whatever event you bring them too. With only 5 ingredients—butter, yacon syrup, flower, linseed, and pecans—you’ll be tempted to make these yummy cookies all the time.

Now that you have 4 dessert recipes that you absolutely have to make, why don’t we take a trip on the lighter side, with these much healthier, but no less flavorful, yacon salad recipes.

Whoever said salads are flavorless has never met this yacon carrot salad with wasabi. Not only is it colorful, it’s bursting with flavor, balancing savory, spicy, and sweet ingredients which all play off each other in a wonderful way. Be warned: This salad is not for those with low spice tolerances.

Something about kale and citrus is just so refreshing, especially in this yacon kale citrus salad. Citrus, mint, fennel, pumpkin seeds, and cumin provide new depth to yacon’s flavor in this colorful, crunchy salad. As long as you have all of this salad’s many ingredients, it’s extremely easy to make.

There’s something so nourishing and refreshing about this haricot beans salad with yacon. Bursting with flavor and nutritious ingredients, this salad is packed with vitamins, minerals, textures, and colors. This easy salad is super simple to make.

Providing a sweetness to spicy, flavorful stir fry dishes, yacon is an extremely popular stir fry ingredient. In the recipes below, you’ll see how it shines in stir fry, enhancing other flavors and ingredients. 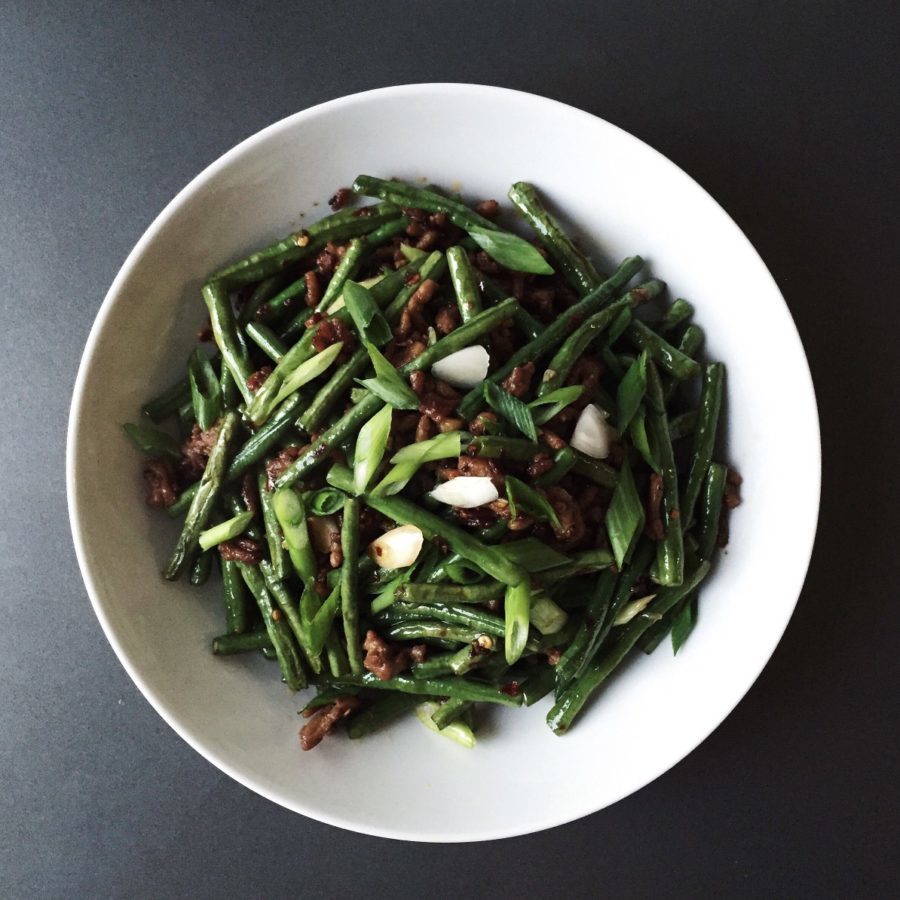 One of my absolute favorite vegetables of all time is green beans, so naturally, I’m a huge fan of this yacon and green beans stir fry. Bursting with flavor, this slightly spicy slightly sweet stir fry has a dash of ginger, a scoop of garlic, and a dollop of red pepper flakes. The yacon perfectly absorbs the flavors of this dish, shining through as the star of it.

This sweet yacon stir fry recipe is perfect for people who love stir fry but could do without the spice. Featuring delicious veggies like bell peppers, snap peas, wolfberries, and yacon, this colorful dish is bursting with flavor. Looking for a Christmas dish? This stir fry has you covered with a red and green color scheme.

With lots of flavor and nutrient-packed veggies, this yacon bokchoy stir fry is one of my favorite recipes on this list. Eggplant, yacon, zucchini, tofu, and bokchoy are all sauteed in a delicious Thai curry-based sauce. Serve this dish over rice or enjoy all of its delicious veggies and flavors on their own! 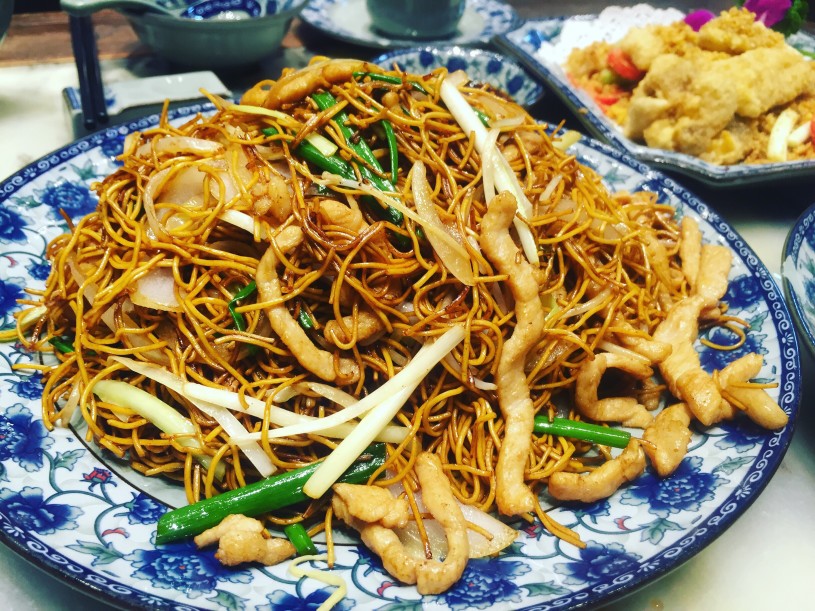 If you love noodle stir fry, you’ll be a huge fan of this heavenly pork fillet and yacon stir fry. With tender pork fillet, fresh egg noodles, sauteed yacon, and a dash of chili sauce, this sweet and savory dish is full of fantastic flavors. Although it is slightly difficult to make, this recipe is well worth the work!

Something I’ve been experimenting within my own kitchen recently is pairing sweet ingredients and seasoning with chicken, since in the past when it came to chicken, it was always about savory and spicy for me. Because of my recent experiments, I’m naturally a huge fan of these yummy yacon chicken recipes. 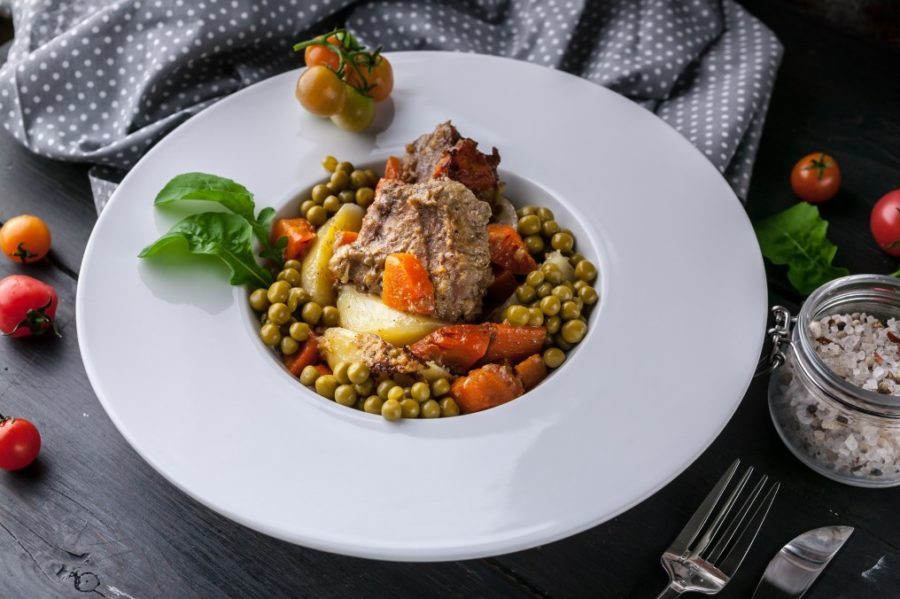 You’ll love this rich chicken vegetable curry with yacon recipe. This Indian style curry is perfect for spice-lovers who also enjoy a hint of sweet in their food. The yacon cooks perfectly in the spicy curry sauce, absorbing its flavors and becoming tender and crispy. Serve over rice with a side dish of yogurt to complete your meal.

Balancing sweetness, spiciness, and creaminess, this gluten-free yacon mustard chicken recipe is absolutely to die for. Perfect for the wintertime, this delicious comfort food has warm savory flavors and a creamy texture that will delight your family and friends.

Whether you were looking for yacon chicken, yacon syrup, yacon chip, or yacon salad recipes, this list had a delicious dish for you. Pair any of these yacon recipes with some sweet or savory winter vegetables for unforgettably appetizing winter meals this season.

What was your favorite yacon recipe? Let me know in the comments, and if you found this list inspirational, be sure to share it!

15shares
Scroll back to top
15shares